Scythebill 12 is here!  As always, download here, and please let me know if you have any problems, let me know either on Google+, Facebook, or by email.  The big items this time around include:

The big new feature is improved location entry.  Locations can now have latitude and longitude, and full text descriptions.  But since it's tedious to enter latitude and longitude, Scythebill will automatically search for those locations using Google and eBird's "hotspots"!  When it finds a result, it can:
Here's Keoladeo National Park in India - Scythebill (or, rather, Google) found it and automatically placed it inside Rajasthan State. 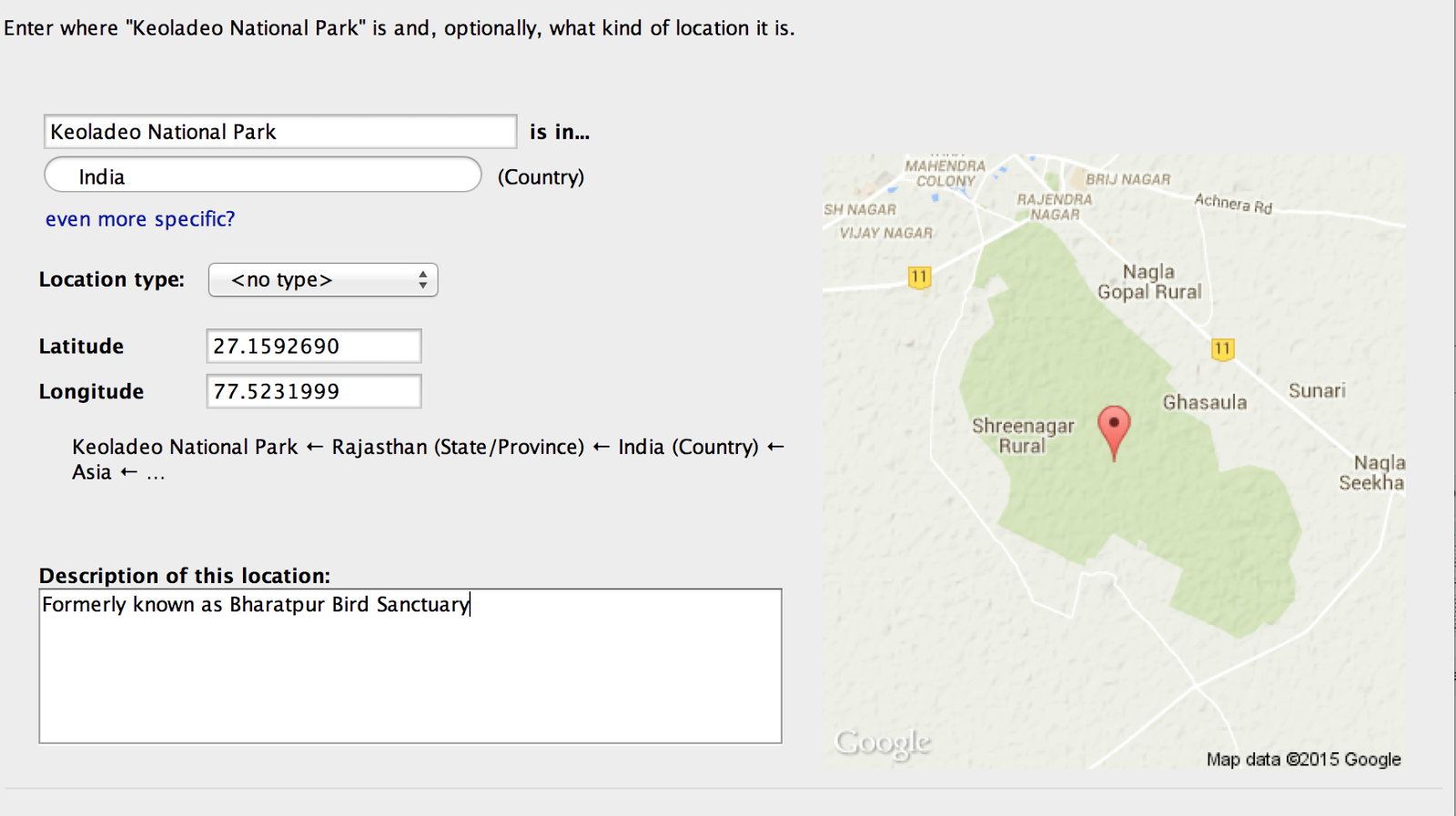 And here's Golden Gate Park, automatically located not just in the state of California but also into San Francisco County:

And, finally, Magoebaskloof in South Africa:

Latitudes and longitudes are now part of the Scythebill import and export format, and will also be grabbed out of eBird imports.

This is all new code, and there may be a few rough edges - please let me know if anything doesn't work.  (And in case you're wondering, no, Scythebill doesn't send any personal information - cookies, for example - to Google or eBird.)

A number of checklists have been reconciled for accuracy and rarity status:

Scythebill now offers some experimental support for importing from observado.org files - which also supports waarneming.nl and waarneming.be.  Do let me know if you have a chance to try this out!

Other fixes and improvements